Leopold is a 12 year old, male neutered, standard Schnauzer that was referred for management of malignant melanoma of the metatarsal pad . An incisional biopsy of the mass had been performed by the referring vet at Noosa District Animal Hospital and the mitotic index was ten (ten figures per ten high powered fields).

+What is a malignant melanoma? 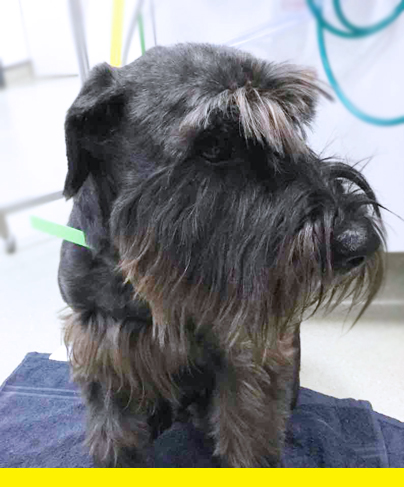 In Leo’s case, wide surgical resection required complete removal of the metatarsal pad. The paw pads of dogs and cats are specialised skin structures that provide cushioning, abrasion resistance and traction. A variety of techniques involving transfer of durable pad tissue into areas of pad loss have been described; in this case we elected to perform transposition of a local digital pad by the phalangeal fillet technique.

The foot was placed in a padded bandage that was changed weekly and removed 3 weeks post-operatively when the skin was healed. Histopathology of the resected metatarsal pad confirmed the diagnosis of malignant melanoma with complete surgical margins. The local popliteal lymph node, which was removed at the time of surgery, was clear of metastatic disease. See images below of surgical procedure. 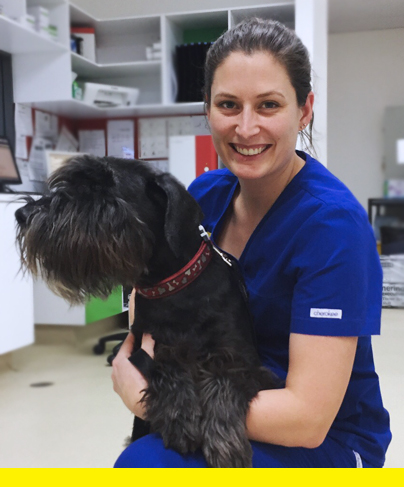 Leo continues to do very well following surgery and is walking without any lameness. His follow-up will include monthly physical examinations for three months then every three months for a year.