Ace is a ten year-old cross bred dog weighing about 30kg.  He presented in February of 2017. Poor Ace was unable to defecate and it was almost impossible for him to urinate due to a large firm mass almost obliterating his pelvic canal. 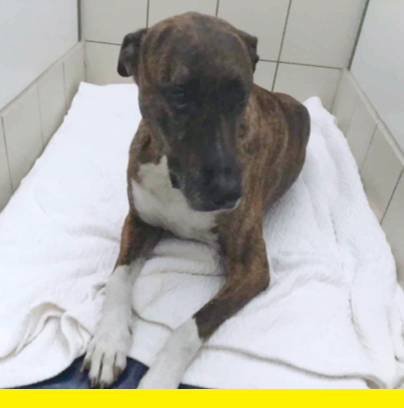 A diagnosis of bone cancer or osteosarcoma (OSA) of the pelvis had been made about four months previously and a soft tissue sarcoma (STS) had been incompletely removed from his proximal right thigh at that time by another specialist centre. Given that the histological diagnosis of OSA carries a poor prognosis and wide resection was problematic, the owner elected to have palliative care and presented to Dr Rod Straw as a last resort to see if Ace could at least be made to defecate and urinate easier. 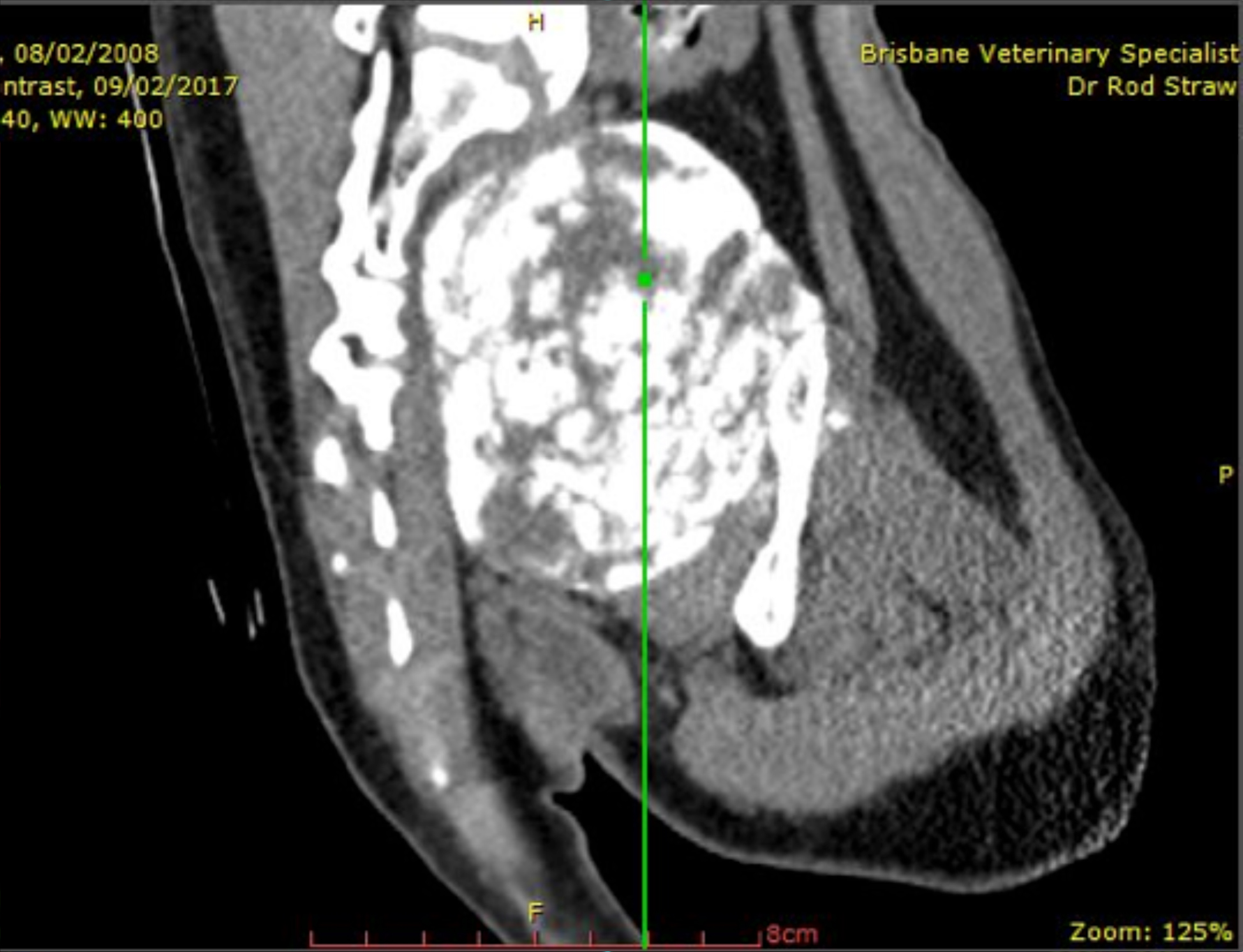 Dr Straw found that he had a very hard but smooth and well demarcated mass stuck to the bones of his pelvis. His STS had not recurred and he had no evidence of cancer spread to his lungs or elsewhere.  Because of
the smooth and well demarcated nature of his mass in his pelvis and the fact that the progression had been slow without metastasis, a low grade bone tumour was considered more likely than OSA which usually progresses quickly over one or two months.  Ace’s owner agreed to a CT scan to determine if Dr Straw could remove the bone mass from Ace’s pelvis.

A large bone mass was seen stuck to and invading the pelvic bones on the right causing obliteration of the pelvic canal but there was very little destruction of the pelvic bones as would be expected for OSA. Ace was taken immediately to surgery and the tumour was removed with the right side of Ace’s pelvis called a hemipelvectomy.  The tumour was not an osteosarcoma but histopathology confirmed a completely excised, low-grade, multilobular osteochondrosarcoma.  This is a curable disease and Ace has a very good prognosis.  Ace was able to walk on his remaining three legs the next day and enjoyed many very effective, continent bowel motions as well as urinating freely.

Although his unrelated STS of the proximal thigh did recur and require resection and radiation some time later. Ace enjoyed over three more very happy years with his Dad. 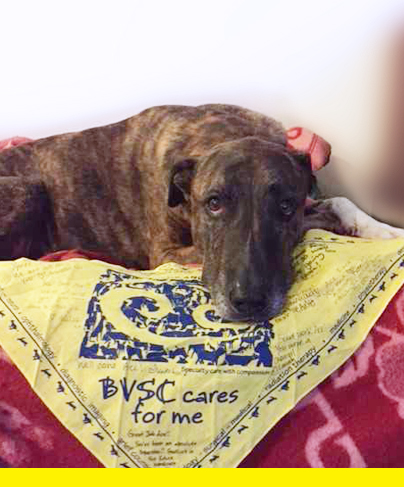 This case demonstrates what can be done in a seemingly hopeless situation.  Hemipelvectomy is a huge surgery but one from which animals recover well and quickly.  In the right circumstances, like with a curable cancer such as Ace’s, the procedure is lifesaving.  Dr Straw and his team of experienced surgeons, residents, nurses and support staff have the equipment, facilities and expertise to produce some wonderful and amazing results for cancer patients like Ace