Not all cancer patients are old.  Sadly young animals can have cancer just like children.  Boris, a British Bulldog, was diagnosed with cancer at two years and ten months old. He was taken to his vet at the beginning of November 2015, because he was lethargic.  The referring vet could easily feel a mass in the abdomen and referred Boris to us. 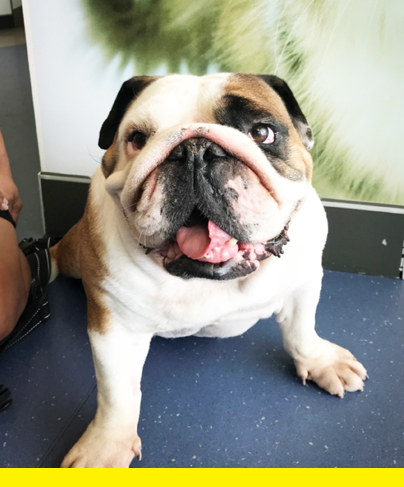 We performed a CT scan and found that his lungs were fine but his liver had three large soft tissue masses. The right lateral liver lobe of the liver contained one mass that was approximately 9 cm diameter and another lobe, the quadrate lobe, contained another mass that was 10 cm diameter (long arrows in image) and was just to the left of the gall bladder (short arrows).  The third mass was in another lobe, the left medial lobe and measured 8.1 cm.

Tissue was obtained from a needle biopsy instrument carefully guided into one of the liver masses using ultrasound.  This allowed the pathologists to diagnose a very poorly differentiated, high-grade malignant cancer with many of the malignant cells dividing indicating that the cancer was active and growing fast.  (Mitotic index of 150 and a high percent necrosis). 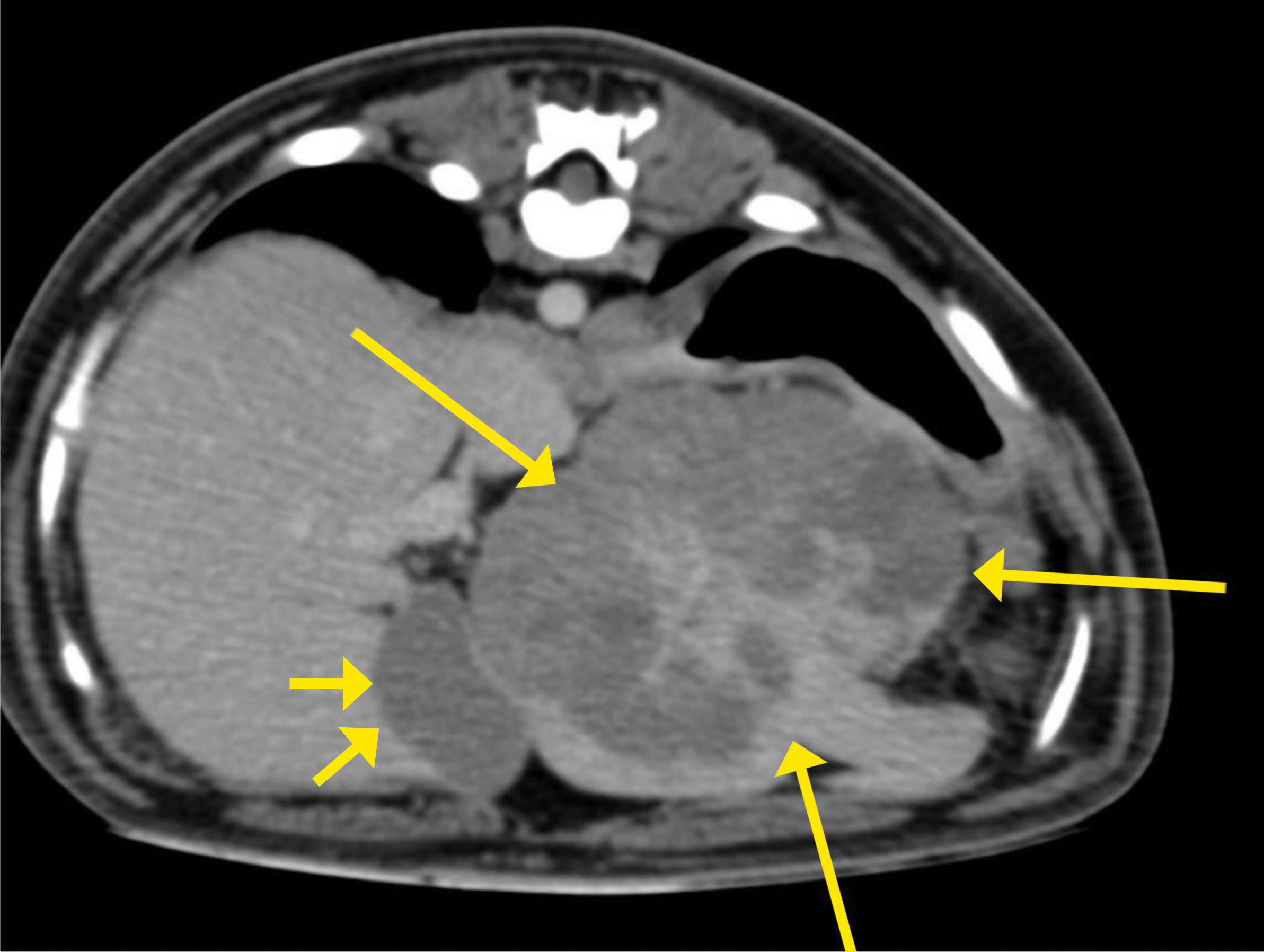 From the CT scan it was clear that Boris’s cancer was affecting most of his liver so surgery was considered too risky at this time.  We gave a drug called toceranib (Palladia).  This drug is usually given for a different cancer but we had seen various cancers shrink when this drug is given.  It is a tablet and the side effects are usually minimal and easily managed.  After two weeks his tumours were about 50% smaller and considered to be resectable. See BVSC CT Image of Boris's Liver.

In early December 2015, the surgery team at BVSC removed about 70% of Boris’s liver using special stapling devices and a vessel sealing instrument called a LigaSure. He recovered very well and very quickly from this surgery.  The final diagnosis from evaluation of the large samples submitted to the laboratory was histiocytic sarcoma.  Normally we would use CCNU chemotherapy (Lomustine) but since his initial response to toceranib was so profound we continued using this drug until May 2016.

Boris has remained cancer free (as of October 2019 and still going).  He is off all therapy and has regular rechecks at BVSC with physical examination, thoracic radiography and abdominal ultrasonography.

This photo was taken of Boris in January 2018. A young dog with a bad cancer but a very happy result.